Hello, how can I help?

Stamina is a reflection of the rate at which a player’s activity is declining throughout the game. 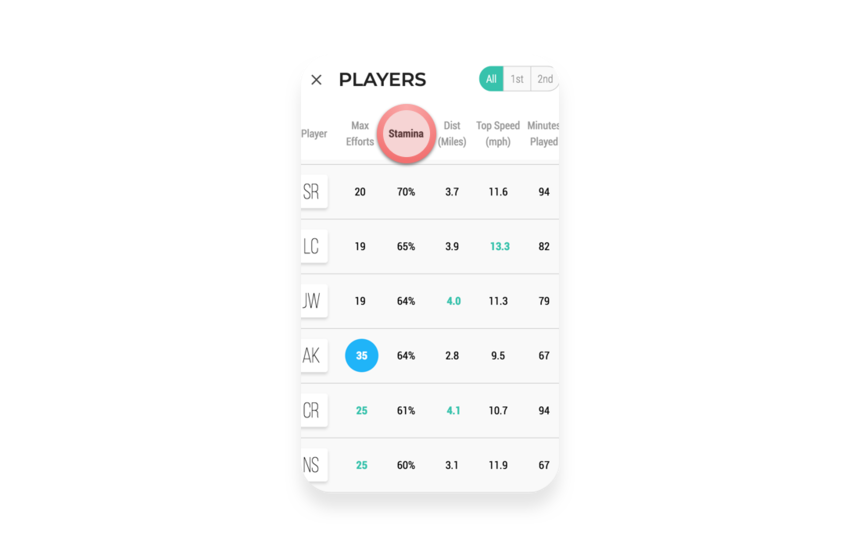 How do we calculate it?

We look at Max Efforts across the game’s time span and plot a curve to determine the change in their frequency and intensity. If your player’s Stamina Pattern is consistent throughout the whole game the Stamina will show as 100%. If your player stopped running altogether by the end of the game, the Stamina would show as 0%.

How can I coach with Stamina?

Stamina serves as an indicator for player patterns. Players that hover around 50-60% at the end of each half should probably work on their conditioning, or possibly be subbed out for fresher legs. 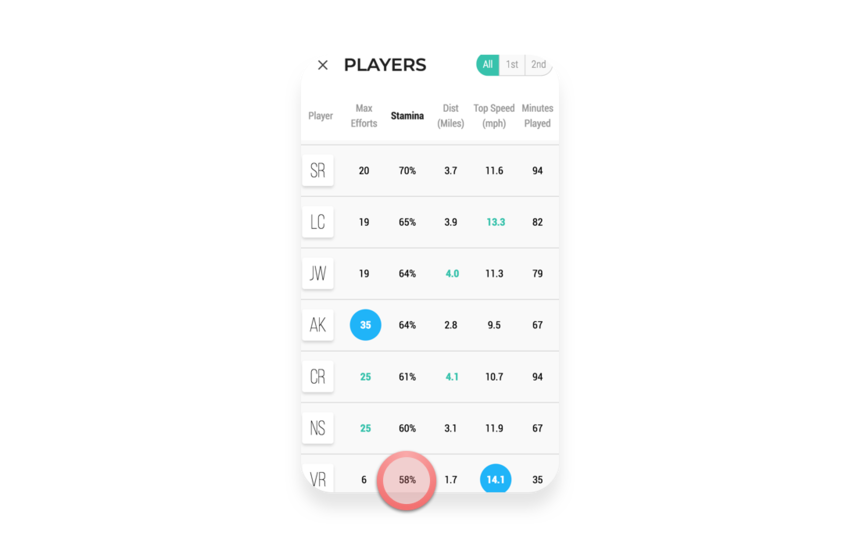 This is a great question! When we calculate Stamina for the 1st half, we don't look at data from the 2nd half at all, and the same goes for the 2nd half. So let's take an example.

Half 1: Susy has a 6 max efforts per minute consistently throughout the half. Her Stamina for the first half is 100% because of the consistency from beginning through the end.

Half 2: Susy has 3 max efforts per minute consistently throughout the half. Her stamina for the second half is 100% because of the consistency from beginning through the end.

Full Game: From the first half to the second half, the max efforts deteriorated from 6 per minute to 3 per minute. She is doing them half as much. Overall, Susy's stamina is 50%. 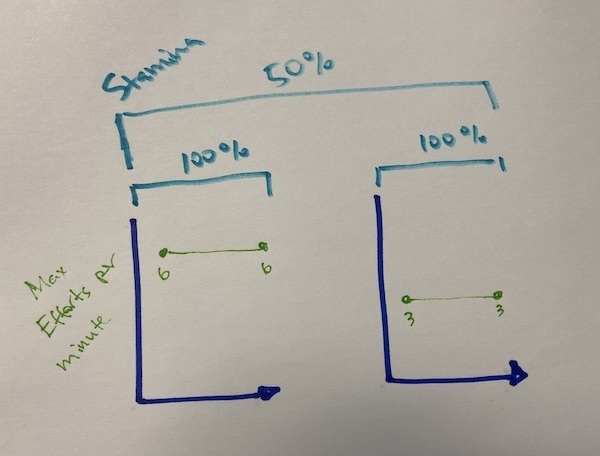 Looking for your Trace Game results?

Log in to your team using your email that was entered into the team roster.